The Wonthaggi Co-operative Distribution Society Limited and its Bread Tokens:

The Wonthaggi Co-operative Store commenced in September or October 1912. It was first located in Watt Street, then from November 1918 on the south side of Graham Street, Wonthaggi. Around 1928 more premises were bought on the north side of Graham Street. People bought shares in the Co-op and were required to maintain a minimum holding of 5 pounds worth of shares.  This entitled them, as a member, to “book up” items and settle accounts monthly.  Dividends were paid from profits to shareholders.
Product lines included grocery, ironmongery, drapery, footwear, millinery, household furniture, delicatessen, manchester, men’s and women’s wear, confectionery, butchers, bakers and pastry. All cash was processed through the central office using an aerial shuttle system.

Wonthaggi Co-op was the only bakery in Victoria to have BREAD TOKENS.  In New South Wales more than 170 Bakeries used Tokens.   Five different tokens were produced, some related to loaf size, others to weight. The tokens were pre-purchased. Home deliveries were based on which token was left out for the baker. A home delivery system was also provided for groceries. 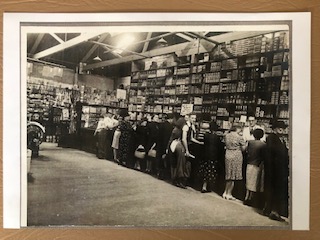 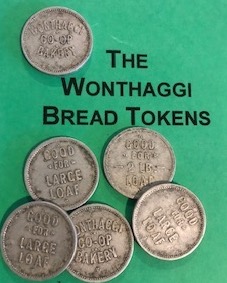 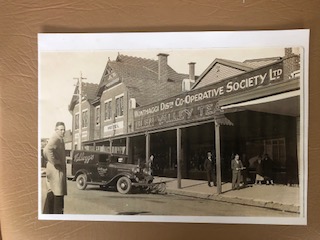 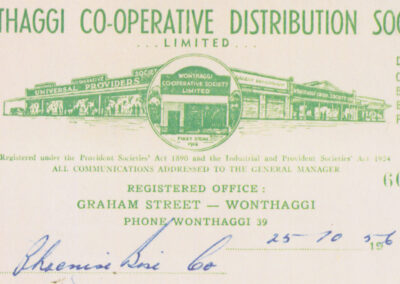